It is one day before there will be likely a new Nexus Tablet, supposedly 7”, Tegra 3 and all – it’s all over the internet, if you care. I didn’t cover the last big trade shows at all, and over time I have had many devices in my hands which I didn’t cover except maybe for mentioning them in a few tweets or lines (Nokia N900, LG Optimus Speed, Sony Ericsson XPERIA Pro, Lenovo A750, Jiayu G2).

Honestly, I even shot a few videos I never published, because they were simply not good enough to be published unedited – and I didn’t prefer shooting it again last year for no reason – i am not that experienced at video handling, as I had to realize recently I can’t even rip DVDs without messing it up – audio is never in sync. I hate my own laziness, however, there are simply more important things in my life that need to be done than writing down (or saying on video) what exactly I think about a certain phone screen, or why this app is better than the other one. It’s not that work or private life steal the time of this blog, it’s simply that I am bored of most of what’s happening.

Don’t get me wrong: The mobile space has rarely been more dynamic in the past, not only talking of what one could call “spec sheet madness” (imagine someone would have told you in 2002 that there would be quad core phones with 2 Gigabytes of RAM in 2012). With Android dominant on smartphones, but not tablets and the soon to happen launch of Windows 8 and Windows Phone 8 with more interesting convertible devices which really come close to what I dreamt of 5 years ago (and which than seemed really unlikely to happen, imagine how poorly (in terms of performance) an ASUS PadFone would have been back then)), with Intel still trying to find a place in your trousers pocket (initial reviews of 1st gen Medfield phones like the Orange San Diego haven’t been overly positive, though mostly because the overall package is not great) and MIPS is trying to get a foot in the mobile markets, too.

Then there is digital reading, a topic that interests me really and has made my buy not only Apple’s iPad 2 in last september, but recently a Barnes&Noble Nook Simple Touch, which – as you must know to understand that I as a german guy bought this US-Reader, runs Android 2.1 (Eclair) and thus is hackable to a certain extend. Display technology is not really going much forward right now – while AMOLED and LCDs have been getting better and better, delivering better pictures at higher resolutions (300ppi may be average in mid range smartphones in 2013), power saving reflective technologies optimized for sunlight reading like PixelQi and Qualcomms Mirasol technology have not been exactly successful yet.

Still, finding the time to even write stupid stuff like this post will continue to happen only on rare occasions. So don’t expect anything of this blog in the near foreseeable future. I may post something, but more likely, I will not.

This years Computex is almost over, but I still haven´t posted anything about it. (I didn´t finish my post on Google I/O as well, but that´s another story.) 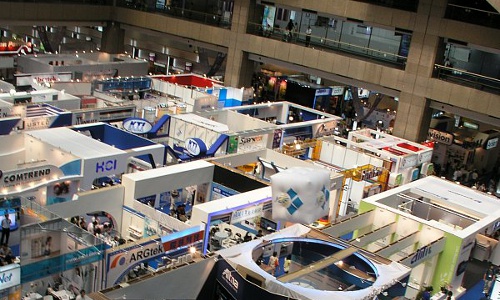 I think I am able to sum up the whole Computex 2011 up in one post, though. There weren´t many highlights that fit into a blog that is about Linux on mobile devices in my humble opinion. Android tablets have been available for months, dual core smartphones are in the electronic stores as well – and the next mayor iteration of Google Android, “Ice Cream Sandwhich” which will unite smartphones and tablets again, is still to far away to see any devices on a consumer electronics tradeshow (leaks may happen soon).

Hardware:
Intel
The Intel vs. ARM (including SoC manufaturers like nVidia, Samsung, Texas Instruments, Qualcomm and many others) battle continues. Intel and partners showed off many new netbooks built around the newest Atom platform “Cedar Trail”, which will be slightly more performant and much less power hungry. The real interesting thing that Intel introduced is a new category of ultra mobile powerhouses built around Intels “Sandy Bridge” and  (later) “Ivy Bridge” platforms – devices only slightly larger than netbooks while being a lot thinner and powerful than your average netbook. Intel call these devices Ultrabooks and I´ve started a blog specifically on this new category of devices: Ultrabooknews.net

Intel was rather silent, and I didn´t stumble on any news of new Intel powered smartphones. Apparently Intel has nothing to offer that could beat the new ARM dual core superphones, “Medfield” isn´t ready yet, and “Moorestown” was spotted in some new tablets, just like “Oak Trail”.

Let´s get back to netbooks: MeeGo will run on some extra cheap netbooks like the ASUS EeePC X101 – featuring a new “Pine Trail” version, the N435 running at 1,33 GHz – and while I love the fact that MeeGo will come preinstalled on netbooks, I can´t recommend these devices: They are underpowered and most likely aren´t that much cheaper (than standard netbooks) that they´re worth buying.

ARM
Quadcores are coming and Cortex A15 designs as well – all in 2011. Graphics are one key differentiator between all these upcoming SoCs – and I actually recommend those featuring ARM Mali Graphics, if they aren´t too inferior in performance:  ARM is more likely to offer open graphic drivers than Imagination Technologies (PowerVR SGX family), nVidia or Qualcomm and have one other differentiating feature: OpenCL. Let´s get back to Computex, though.

Software:
MeeGo
MeeGo 1.2 is getting ready to roll out on netbooks. Tablets (or even smartphones) on MeeGo 1.2 will be relatively rare things, though, as at least the OpenSource UIs simply need some more time to mature (not to speak of real MeeGo apps).

On webOS and Android there were even less news at Computex, and it´s not necessary to mention that there were plenty of new not exactly Android devices on display at the tradeshow.


Competition:
Microsofts next OS, Windows 8, will, as you should already know, support the ARM platform as well. Microsoft showed off some UI teasers, which while close to Windows Phone 7´s popular “Metro UI” really looks very promising and sounds great technically (HTML5 instead of Silverlight), so promising that I am really exited about it and hope for Open Source platforms to adopt some of the features of it, e.g. the two apps aside thing. Of course “old style” apps will be supported as well on the – it´s going to run on everything.
It´s the first time ever that MSFT managed to get me really exited about their stuff.

Devices
My two favorite devices of this years Computex were shown by ASUS: The “Ultrabook” UX21 and the PadFone (which is exactly what its name suggests: A phone with a Pad Dock, much like the Motorola Atrix, only better.

Now it´s time for the most important part of this roundup:
The Video linklist:

Besides these it was a rather boring day, not many exciting new devices (ok, HTC released several new smartphones, but all Sense, all single core —> not exiting).

Besides that – and rather related to Nokia´s recent announcement to settle with Microsoft Windows Phone 7 than to this Mobile World Congress – open source groups have been attacking Nokia´s move that leaves MeeGo as a playground for the future, check it out at techeye.net or read the statement in the SHR blog. Nontheless I do hope that there will be some efforts to port MeeGo to devices like the GTA04 refreshed Openmoko Neo FreeRunner. I will certainly try to start to bring this to a cheap EOL device (still above mid level hardware – it’s not the Palm Pre) – announcement will be as soon I have got something to show off. Don´t freak out, though.