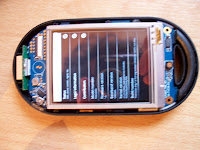 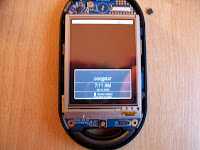 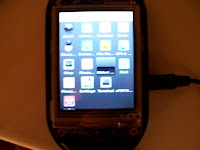 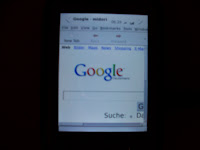 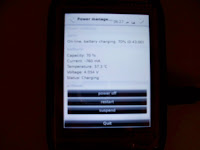 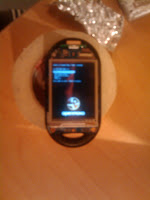 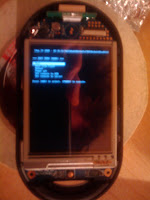 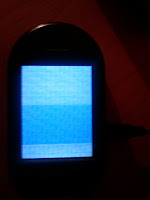 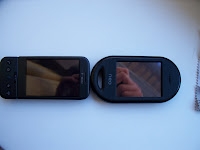 I was (of course) curious to get it. When it arrived one day after my G1, i had to take it out of its box immidiately. Well: Turned out that it really didn’t start. So I connected it to the wallcharger, in order to charge the battery. Didn’t start, still. Finally, I wired one of my Motorola batterys to it, and guess what: I got a weird looking image on the screen.

So I thought: Maybe something happened while flashing the device and flashing failed. I asked for help at #openmoko on freenode, and i was told to try to enter the NOR bootloader. So I pressed and held the AUX button before the Powerbutton, but: From that what I saw on the screen, i had to consider, that even the NOR flash bootloader was broken: A debug board needed.

The next morning i decided to open the upper part of the FreeRunner, just to have a look at the JTAG connector. And what did I see? The AUX button was broken. Well, actually it still is, as I don’t have a soldering iron – but i will have one pretty soon.

Last night I’ve then been playing with my FreeRunner, had a look at an older version of QTopia/QT Extended (which was actually installed on flash), played with SHR unstable, FSO stable and Android (one build from panicking, and now the koolu beta3).

I will write more about my experiences with these distributions soon – currently I don’t have the time to do so.

(The real reason for this post is to show my happiness that I was able to find the (and maybe solve) problem.)